Of the 1.5 million people living with a learning disability in the UK, only 6% are in paid work. Despite the promises of the Equality Act 2010, employment rates have shown little progress, with many reports of unfair hiring practices. But in a refurbished car park in Peckham, south London, an unusual design studio is trying to make a difference, ensuring that adults with learning disabilities have space to become “visible artists, equal and established”.

“When I started Intoart, there was no disability data in the design,” says Ella Ritchie, who founded the project with her partner and fellow art print graduate Sam Jones. “People with learning disabilities are rarely viewed as cultural producers, which is a missed opportunity for everyone.” Now in its 22nd year, the studio works with 24 artists with learning, physical and sensory disabilities, as well as people with autism. Encompassing painters, printmakers, illustrators, ceramists, and product and textile designers, it is a hub of creative output.

The idea for an alternative art studio originated when Ritchie and Jones graduated from Central Saint Martins; Ritchie had been volunteering with youth and adults with learning disabilities since the second year of his degree. “I had the privilege of working wherever I wanted,” she says. “When you have a learning disability, you can’t do that. I created Intoart not for art but for social justice.

What began as a 10-week project has since grown into a full-time program of learning, studio practice and public exhibitions, with Intoart staff working at all levels as curators, curators, mentors and liaisons with artists. In 2018 the organization moved to its current space in Peckham Levels, allowing artists to experiment with different mediums and scales. “The studio is where I flesh out my skills and my methods,” says Clifton Wright, whose figurative drawings have been exhibited at the Drawing Room and the Whitechapel Gallery in London. “After 17 years, I still come to the studio to improve my drawing, to develop new ideas and new themes.”

Working closely with galleries and museums, the evolution of the studio has been influenced by Ritchie’s interest in the role art plays in facilitating social justice. It is also the result of building relationships with voluntary sector organizations, community businesses, support services and the artists themselves. By taking this collaborative approach, Ritchie hopes to bring together the skills of experts working in the public and commercial sectors. “Being an artist is about moving forward and not being invisible with my disability,” explains Nancy Clayton, who joined the studio as part of the foundation program; her work will then be featured in the Intoart exhibition at the Copeland Gallery in June.

In addition to its own exhibitions, the studio collaborates with patrons around the world, facilitating exhibitions, commissions and research projects with institutions such as the V&A and brands such as luxury knitwear brand John Smedley. More recently, Christian Ovonlen’s hand-printed silk works won him the Brookfield Properties Craft Award, while Ntiense Eno-Amooquaye, another member of the collective, is preparing for a solo exhibition at New York’s White Columns at the ‘fall. With over 3,000 works of art in the Intoart collection, the easiest way to show your support is to make a purchase, with prints (from £20), ceramics and fashion accessories from artists emerging and established. You can also make a donation on the site or become a Friend or Patron of the program. 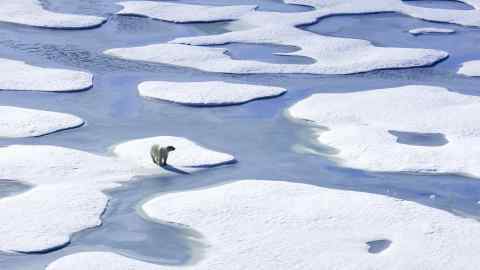 Beyond the realm of exhibitions, Ritchie’s next goal is to further democratize the production of Intoart. “While it’s great to see and exhibit artists’ work in contemporary art galleries, the reality is that we don’t expect everyone to walk into a gallery,” she concludes. “We want our prints to be available for purchase, whether on a badge or a sweater. Our mission is to make our message and our cultural production more accessible.