The artist said the piece was made up of over 2,000 names and took him almost 200 hours to complete.

But Dan Duffy’s piece has a twist – the illustration is made up of 2,068 names.

These are the names of every player on the Atlanta MLB team from 1876 to 2021, “the good ones, the bad ones and the great ones”. They are handwritten in chronological order from their first year on the list.

“The list goes on and on for America’s oldest professional baseball franchise,” a statement read.

It’s in honor of nearly 150 years of the Braves baseball franchise.

Over a month of writing, but Truist Park is finally DONE! 150 years of Braves baseball! Handwritten with the names of EVERY BRAVE EVER! #ForTheA pic.twitter.com/2FTNDZwKed

The Philadelphia-based designer said after researching, drawing and writing, the artwork took him nearly 200 hours.

“But with the passing of Hank Aaron, their 150th birthday AND winning the World Series, I wanted to create an epic piece of fan art. I listened to Howard Bryant’s book ‘The Last Hero’ while I read it. was writing, the biography of Henry Aaron – a great book for any baseball fan,” he wrote in a statement.

Duffy previously told 11Alive although he spent a lot of time in the mid-90s watching the great Braves beat his team, the Phillies, he still supported them as they worked to win the World Series title. last year.

“This team had serious hearts. They lost Acuna and had a sub-.500 All Star Break record, and came back to win it all. Unbelievable,” he said. “They’ve overcome so much and you love to see a team like this win.”

People can purchase prints of this piece and other Duffy’s Braves artwork on his website. He said his dream was to give one of his prints to Freddie Freeman and his wife, Chelsea. 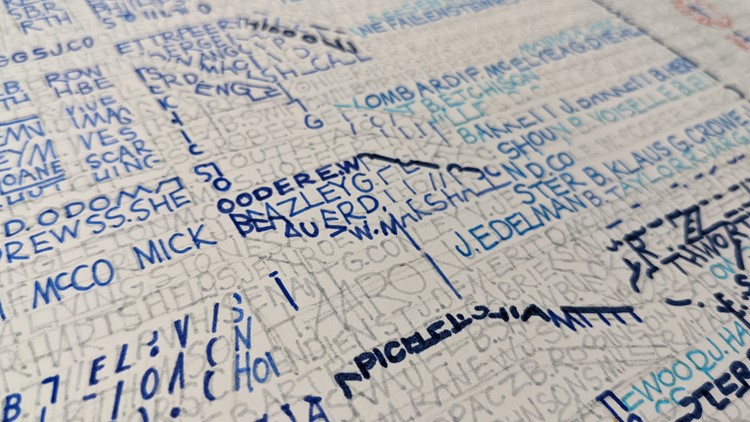